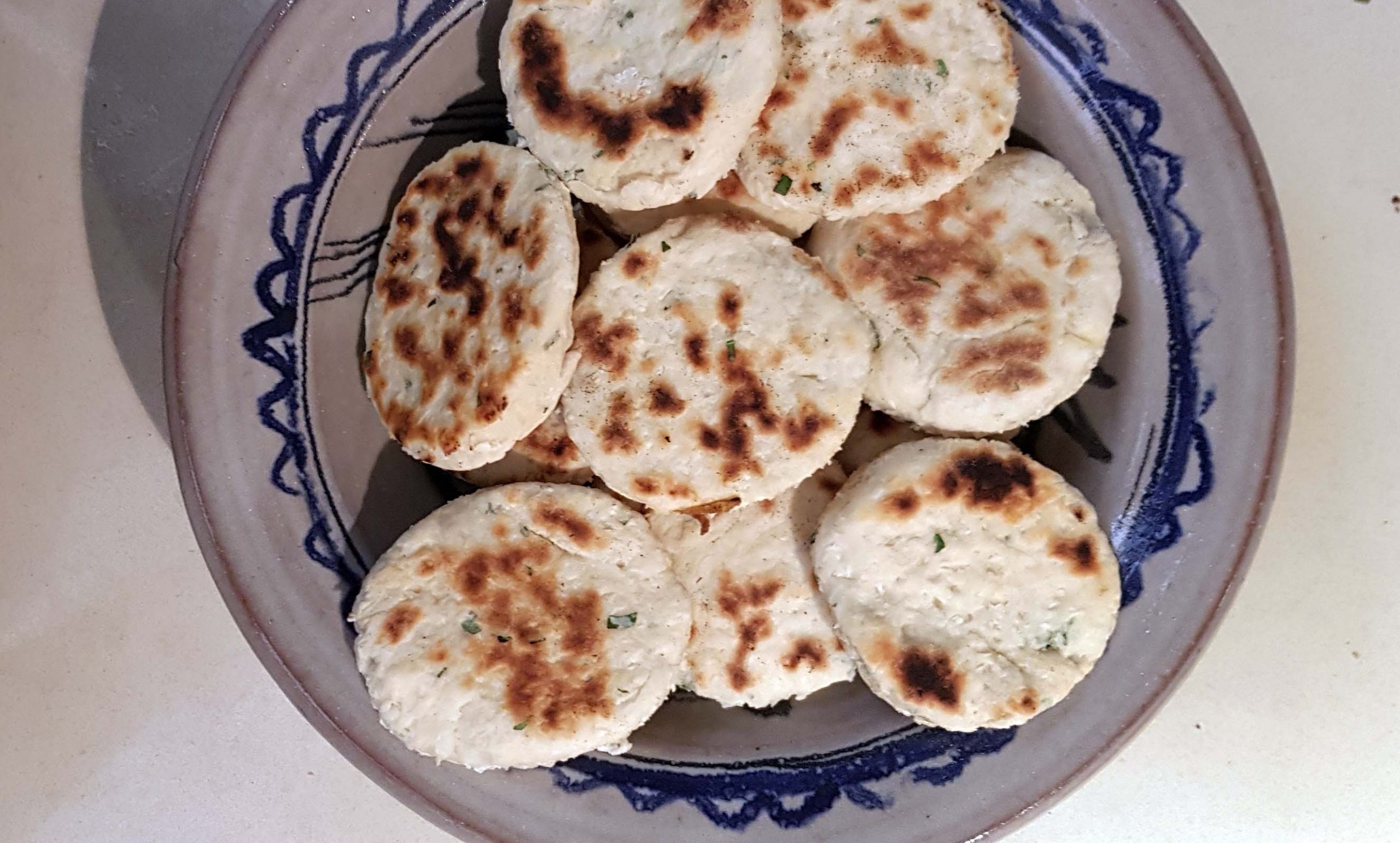 Rotis are flat breads and  this one uses grated coconut which gives it a distinctive flavour and texture. I make mine around 6 centimeters round, using an egg ring to cut the circles of dough. But they are usually made twice as wide. My father taught me a little trick of using self-raising flour instead of plain flour. The rotis puff up slightly when you cook them and you can slice them neatly in two and put, say, a sambol or a single curried prawn or chunk of curried meat with their gravy on then and serve then as canapes. Make them bigger than 6 centimeters and you can split them and make a sandwich with them too.

A very simple way to make a roti that is great as a side with your main meal or just on its own
Course Side Dish
Cuisine Sri Lankan
Keyword coconut, roti
Prep Time 1 hour