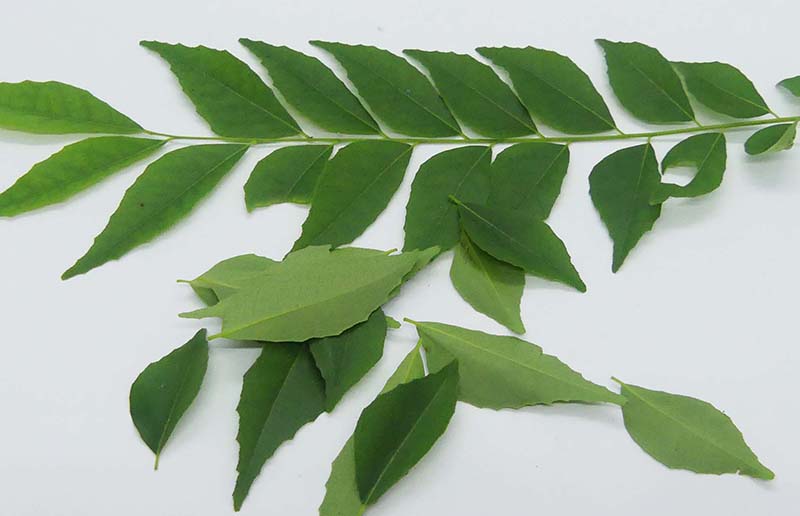 It’s hard to imagine Sri Lankan cuisine without karapincha/curry leaf, that green frond tossed into oil along with onions as a foundation for most curries, mallungs, pahis, baduns, with a somewhat acrid flavour that cuts through sweetness in vegetables, fish and meat. It’s one of the five BIG Cs of Sri Lankan spicing along with cumin, chili, coriander and cinnamon. It can be chopped and mixed with  grated coconut and green chi;ies for a fresh sambol or added to roti, scrambled eggs, pittu, rice as it is cooking. Individual leaflets can be dipped in a light batter and deep fried as a snack. It is used in hodhis, light hot spiced sauces used to moisten pittu or stringhoppers, or served as a pre-dinner beverage.

Native to South and South East Asia it grows into a beautiful fragrant tree though it’s capacity for sending out suckers has given it a bad reputation in some Western municipalities as an invasive weed. Wijesinghe has a lovely vignette about it in Monsoons and Potholes:  ‘When it rustled a bit too much in the monsoon wind the dog would bark all night long. The dog would be removed from the kennel and tied onto the Karapincha tree. He would then stop barking and then piss on the tree all night long.’