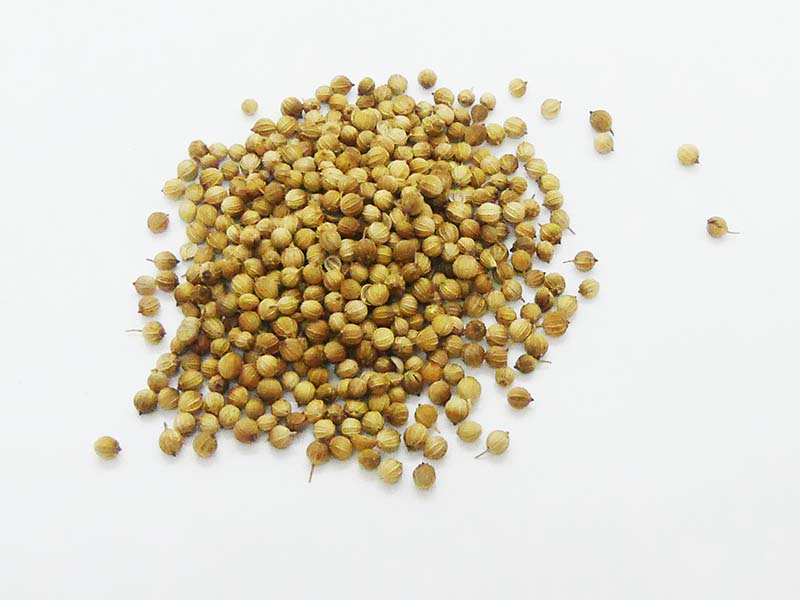 Known from Sanskrit writing from as early as c.600 BC, coriander (Sinhala kothamalli)  is a relative of parsley and cumin and is considered indigenous to Southern Europe and the Mediterranean whence it made its way overland to South Asia. While the leaves are used extensively throughout India and South East Asia as a fresh herb chopped and sprinkled over food prior to serving, it’s the seed that is used primarily in Sri Lankan cooking, being one of the five BIG Cs along with cumin, chili, curry leaves and cinnamon. Charmaine Solomon says of this peculiarity “Some good cooks of Sri Lanka turn up their noses at it, saying it smells like garden bugs. (In fact, its name comes from the Greek koris, meaning ‘bug’)”. I know what they mean having regularly to battle those orange backed stink bugs in my citrus trees who do have a remarkably similarly pungent smell. However, I do use both the leaves and the seeds, but stick with tradition and use the seeds only in my Sri Lankan dishes.